Kidkraft Pirate Cove Play Set is a sturdy wooden play set, including a deluxe pirate hideout, a sturdy ship and even a separate scout tower, with, pirates! cannons!  buried treasure! and much more.

The Set Comprises 3 primary pieces – a pirate ship, a scout tower and a large pirate hideout 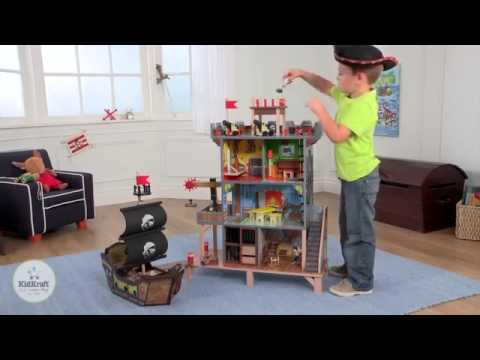